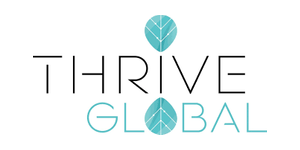 After months and months of speculation, it would seem that thanks to Judge Leon’s decision last week, the AT&T-Time Warner merger/acquisition (a bit confused on terminology because I’ve seen both terms used, but by the way, it’s never a merger) is going through!

Probably seems like forever that you’ve been in limbo, waiting to learn what’s going to happen next. Describing it [the deal decision] as limbo isn’t really accurate though, because that implies something passive. My experience through three separate multi-billion dollar M&A deals inclines me to think that your past months have been anything but passive. My guess is it’s been a flurry of activity as both sides have been gearing up for the deal to go through, with everybody wondering if it really would. Given all of the articles written about the deal, and whether it will go through, and what it would mean for the universe, and blah, blah, blah, you’re all probably in a state of shock. “It actually went through!?” is what you’re likely thinking, and that goes for both AT&T and Time Warner employees. Defining that “it” as in “what does it mean?” is the question you are going to be wrestling with for the next several months.

As an M&A survivor, I appreciate the emotional anxiety and fear that comes from the many unknowns you face. My goal is to provide rabid transparency on what you can expect since you may not feel like you are getting much of that these days. I offer some advice on how to get through it and most importantly, a playlist of songs to manage the post-deal stages of grief. Because there are stages of grief. Coined by Elisabeth Kubler-Ross, the stages defined the emotions people experience after losing a loved one. They have absolute applicability to how you feel post-deal. The entire M&A journey is an emotional experience. Just know you are not alone in how you feel. That pit-in-your-stomach, wondering “what’s going to happen next?” Millions of us have experienced the same. Over $4.5 trillion in deals have happened each year over the last 5 years. You are not alone. Let’s walk through what that grief journey looks like together.

You’ll spend your early stage in Denial but the ultimate goal is to get to Acceptance. It’s a circuitous path from Denial to Acceptance though because in between are a few more stages to get through. After Denial there is Anger. Getting past that means you’ve moved into the Bargaining stage. And the last stage you feel before embracing Acceptance? That would be Depression. People may use different terms for the stages in the middle, but most would agree — you start at Denial and you need to get to Acceptance. In my continued spirit of rabid transparency let me shed a little light on what each of those stages may feel like.

A friend of mine whose mom was a grief counselor (for people, not deals – though she should have been!) said his mom explained grief this way — “grief is the act of mourning the future that won’t be”. That’s exactly what Denial feels like in your post-deal haze. It’s hard accepting that the career future you’d envisioned isn’t going to play out the way you’d planned. This doesn’t mean to despair, because that future can turn out better than what you’d envisioned, but that better future won’t happen if you hang out in Denial too long. Trust me on that. I’ve been there. I’m not saying to rush through it. You likely had great dreams around your future career path. I am saying that hanging out in Denial only hurts you.

The tough part is, once you get past Denial you are at the Anger stage.

That stage is pretty much what you think it would be. You’re past Denial and have accepted that your company’s been acquired, and now you’re just plain mad. This deal changes everything, and I would surmise that in your view, it’s not for the better. Now there are more people and systems and processes to deal with just when you’d gotten to the point where you knew the drill, the shortcuts and workaround needed to get your sh*t done. “How does this deal make anything better?” you wonder. At this stage, you’re plain pissed. Your feelings are understandable but don’t stay in this stage too long. You’ve got work to do. Venting might feel good initially, but can be blinding to the opportunities in front of you.

Next is Bargaining, the stage where you negotiate with yourself and others to keep things the way they’ve been or go back to the way they were. You want to hold on to the old way of doing things because in your mind they worked well. It’s understandable. You’re thinking, “they acquired us because we’ve been successful at what we do, so why the need to change?” You may spend a good time in the Bargaining phase because you’re most comfortable with what you know. At this stage, survival means being open-minded and flexible. Consider the ideas you’ve had on how to make things better and seize the opportunity to put those ideas into action. Find ways to work with the other side. They are equally reeling. Remember, you’re building towards Acceptance.

The truth? Things are not going back to the way they were. There is a reason you’ve been acquired or merged with another company. Your company leadership determined that survival meant you needed a partner to stay alive. That is the reality of this deal news.

The second to last stage is Depression. You’re resigned to the fact that the deal has happened, and the future you’d envisioned will not be, yet it’s unclear what it actually will be. This period is often called the neutral zone, where you’ve reluctantly released the old way of doing things yet are not 100% behind the new way. At this stage, your thoughts are a bit blurry. You waver between accepting new ways of thinking while not wanting to lose the type of thinking that made you, you. Take it easy at this stage. Don’t make rash decisions. It’s not good to make potentially life-altering decisions when you’re depressed. Resist. Get to Acceptance first. Acceptance does not mean you have to agree with what’s happened, you simply have to accept that it has happened.

Once at Acceptance, ask yourself these questions: is there an opportunity to contribute to the new company vision? If you don’t see an opportunity immediately, is there a possibility to create one? Can you see a role for yourself down the road? Can you learn new skills that will help the company or you in the future? If “yes” is the answer to any of these, these weigh in the positive column. If “no”, meaning you don’t believe your expertise will be valued and the company direction is one to which you can’t contribute, then determine what you want in your future. Don’t be hasty in making any decisions, but be clear about your strengths. Know your value and consider all the ways your value can contribute to the new future. Remember — you have time invested with your company. Starting all over somewhere new will require a whole new level of investment. If you do determine that where your company is going no longer aligns with your values and interests, then begin deliberately crafting your future path.

To help you get through these stages, I offer you this 30-tune playlist. Yes, a playlist. Think about your worst break-up and the song or album you played on repeat (mine all revolved around Anita Baker). Listening to it seemed cathartic, right? Songs — especially ones that capture your mood and feeling exactly — can help you get through the stages. The Anger and Depression stages in particular. Because when you go through a merger or an acquisition, it can feel like you’ve been sucker punched. It is a roller coaster – no other way to describe it. While I’m pretty certain the songwriters did not write these songs with M&A deals in mind, the selected songs capture the sentiment of the stages you are experiencing…. And ideally can help you get through each stage.

My last observation and piece of advice? You won’t move through the stages of grief in a linear fashion. You may go from Denial to Bargaining back to Anger and then Depression. It gets messy. But life is messy and post-deal M&A integration? It’s the definition of messy. But stay positive, focused and have the right attitude and you will get through it. Remember, millions of us have been through what you are going through. Know your value and you’ll be okay. Promise.

p.s. feel free to add song ideas, advice and share away! We’re in this together.

Spotify name: From Denial to Acceptance

4. Send in the Clowns – Joan Collins

5. Would I Lie to You? – Annie Lennox/The Eurythmics

1. Welcome to the Jungle – Guns-N-Roses

3. Take this Job and Shove it! – Johnny Paycheck

1. Stuck in the Middle with You – Stealers Wheel

2. Give a Little Bit – Supertramp

1. Who Am I? – Les Miserables (Hugh Jackman, Motion Picture version – cuz who doesn’t like Hugh?)

2. Over my Head – Fleetwood Mac (or Echosmith version)

6. All by Myself – Eric Carmen

1. Always Look on the Bright Side of Life – Monty Python’s “The Life of Brian”

2. When the Going Gets Tough, the Tough Get Going – Billy Ocean

3. You Can’t Always Get What you Want – The Rolling Stones