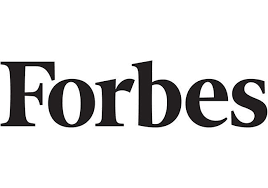 The partial shutdown of the U.S. government is a cautionary tale of negotiations gone wrong. From a business standpoint, there are career-shaping lessons to be learned. As a leader, you need to bring your ideas forward, even when facing a wall of opposition, and create a win-win for all involved. There are four important takeaways regarding the actions (and reactions) of the recent failed negotiations at the White House.

Chuck Schumer and Nancy Pelosi had barely sat down, when President Donald Trump stood up and left. What went wrong in the Oval office?  Setting politics to the side (and I’ll leave it to you to take sides): what needs to change to stop the stalemate? Against the backdrop of the partial U.S. government shutdown, here are four takeaways on what’s missing—and how to communicate a win-win outcome:

1. Bring It: “Neither side came into the negotiation with respect for the other,” according to Jennifer Fondrevay, a Chicago-based M&A consultant. “In countless negotiations I’ve observed, in mergers and acquisitions, when respect isn’t there for the other side, rarely are the negotiations or the final deal successful.” In her work with the Harvard Business Review, Fondrevay touches on how “us vs. them” thinking leads to a stalemate. “Each side has to appreciate what the other side brings to the negotiation. People give lip service to the idea of compromise, but it’s tough to deliver when each side feels that compromise gives away their power. Coming to the table with respect for the other side’s position enables you to find that common ground.” The polarized nature of our political spectrum has made mutual consideration a rare commodity. The conversation shuts down when respect isn’t seated at the table.

2. Run The Options: According to Forbes contributor, Codie Sanchez, it’s best to start a negotiation by stating what you want. “You will hands-down not get what you don’t ask for,” she writes, and that double negative creates a positive picture of where negotiations often begin.  So when the president says, “Will you give me what I want to build the wall?” it appears to be standard operating procedure. But notice the language from the Oval Office—and a powerful intention—that’s glaringly absent from the short dialogue between our political leaders. There’s a difference between asking if we can come to an understanding, and asking if you will agree to give me my way. The missing intention? The importance of agreement. Pelosi and Schumer met the President’s statement with a simple “no”—the absence of agreement or options. Then the President left his own meeting, declaring it a waste of time. No options? No compromise? No conversation. Staying open to options is the first step in finding a solution.

3. Raise The Stakes: In most business deals, those involved will directly receive a result from their efforts. However, our governmental leaders bear no direct personal impact from the shutdown. (Unfortunately that’s not the case for over 800,000 government employees who are working without pay). It costs the President nothing to walk out of the room. No immediate votes, no measurable political capital – indeed, many in his base may admire his strong backbone and commitment to principle. And digging in seems to have equal appeal for the Democrats, for a number of reasons. What would have changed if the Senators had replied, “We’re here to find an agreement that puts the government back to work—and we’re willing to talk about the Wall in that context”? Some would argue that those words would fall on deaf ears. Perhaps. Some might say that a version of that offer was made, but to no avail. Beyond this speculation lies a principle of effective negotiations: When confronted with an opposing viewpoint, it’s crucial to reframe the conversation around what matters most. When you have a stake in the outcome, you care about agreement.  Discovering new solutions is the reason for the conversation. Fondrevay points to the importance of the human factor in every business decision: “True leaders consider the impact, and the after effects, of their agreements. Beyond the transaction, ‘making things work’ means working through people to reach your goals. “

4. Back Off The Blamestorming: There are always opportunities for new solutions. Why? Because we have an unlimited capacity for innovation. Yet, in our national dialogue, blamestorming has replaced brainstorming. New solutions seem out of reach, at least for now. But alternatives always exist. From penicillin to Pinterest, there are millions of examples of how teams have come together to overcome insurmountable odds. Remember what South African leader  Nelson Mandela said, “It seems impossible until it’s done.” Looking past what’s past is key to creating the future.

The conversation changes when the parties involved recognize the value of mutual agreement. When the agreement matters more than the individual agenda, blamestorming stops and new ideas can begin. It’s neither “my way” or the “highway”—there’s a new route, if an agreement is going to be reached. Agreement is the discovery of an alternative that’s always been there, we just haven’t seen it yet.

In life, where we put our attention is where we will find our results. Focusing on partisan resistance is not moving towards the goal of agreement—and getting the government working again. There seems to be a fundamental misunderstanding in these recent political negotiations: despite recent events, we need to work together.  The coaching for business leaders is clear: Relationships, and respect, always matter. Otherwise, we all walk out on the opportunity to discover a new solution.